Posted at 14:10h in Uncategorized by johnpev 0 Comments
0 Likes
Share

As if Summer wasn’t enough to be excited about, we’re also looking forward to our first birthday – and we’ve got some special celebrations in store over the next couple of months.

This is a menu that draws heavily on nostalgia, in particular Summer holidays both locally, as well as further afield, but grounded firmly in the taste of home through familiar flavours. 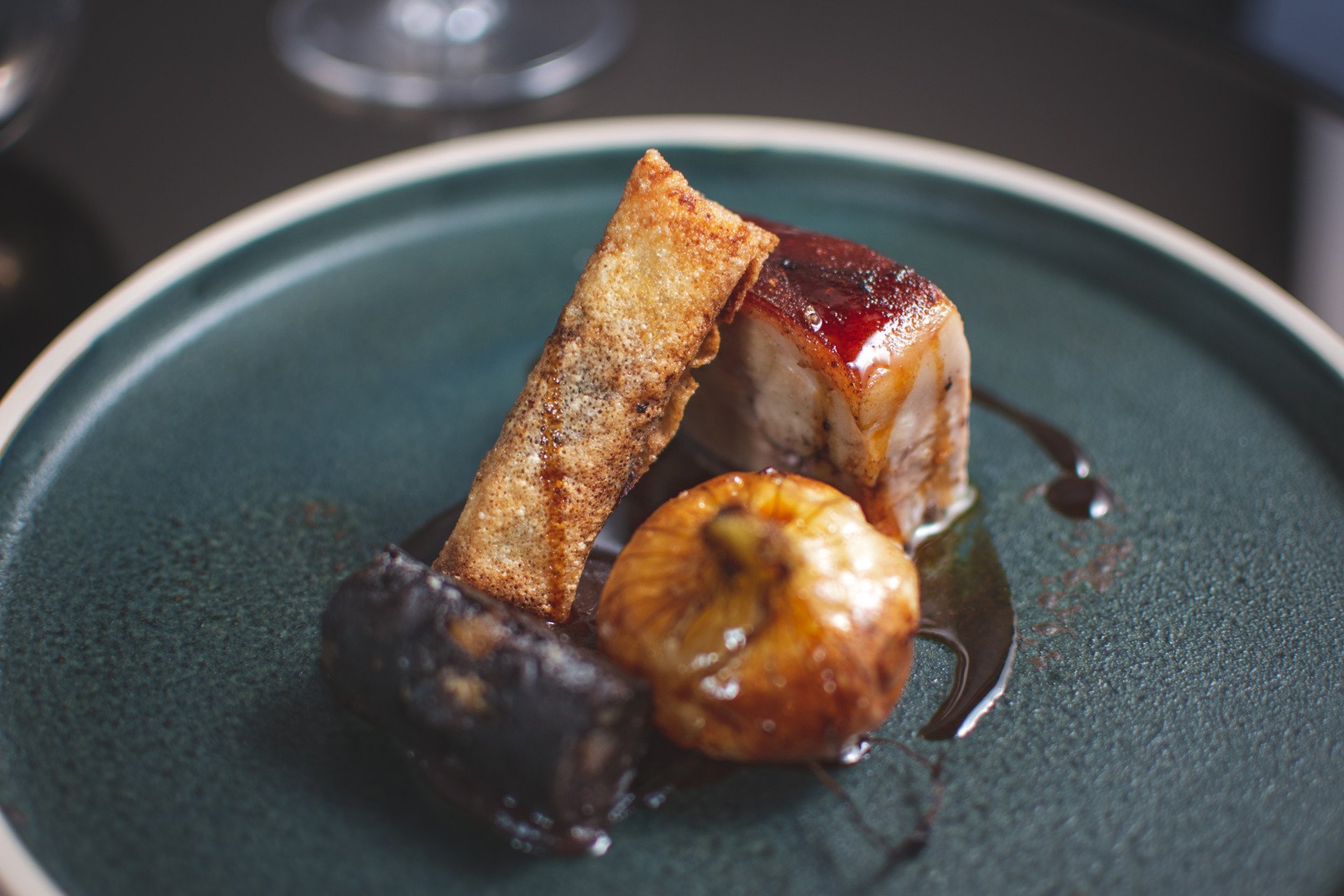 Take Suckling Pig – the pilgrimage to sample it in Segovia is a well-trodden one, with their version generally considered to be the best in the world. At the end of the day though, it’s roast pork, and the smell and taste of roast pork can’t be disassociated from British Summer weddings, and haphazardly-stuffed bread buns of the stuff providing sustenance late into the evening when the toasts are a distant memory but the booze is just taking hold. Ours is served with roasted onion and black pudding, and a turnover of that British countryside staple, gooseberry, takes over from traditional apple sauce to cut through the fatty richness.

From Segovia to Scarborough, a dessert that pays homage to childhood seaside holidays. 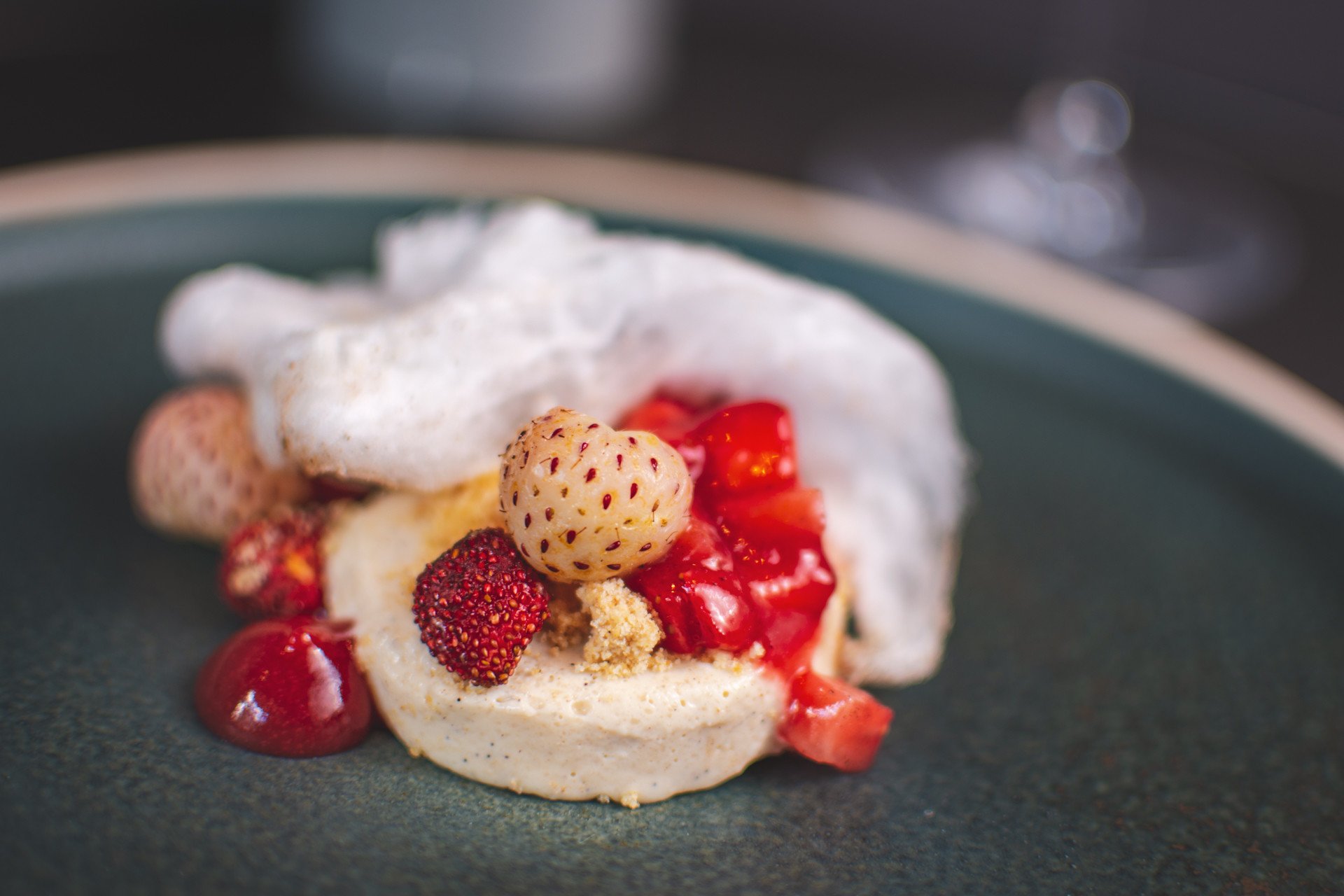 Liz remembers meals at B&Bs always ending with a big dish of rice pudding being presented to the table, served with a dollop of strawberry jam, whatever time of the year. Rice pudding-ice cream with macerated and frozen strawberries is much more Summery, and it wouldn’t be the seaside without candy floss – Nutmeg flavoured, in this case. 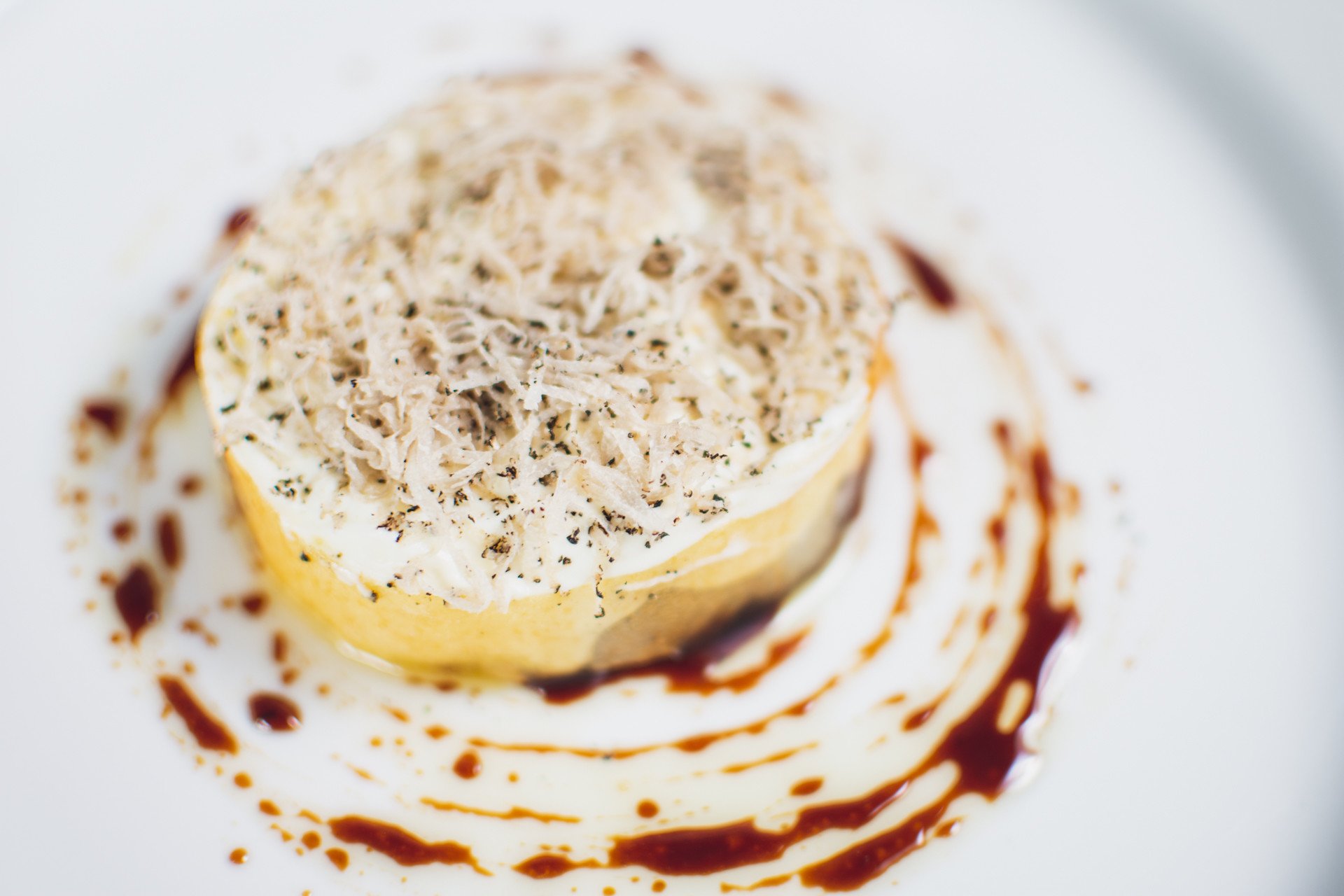 Salmon, cucumber, and herb gremolata is the essence of garden barbecues on a plate, Summer truffles are showcased in a “souffle” that’s heavily permeated with the abandon of Summertime indulgence, and there’s moments of much-needed refreshment from dishes such as Lamb with pea panacotta and garden mint, as well as a dessert inspired by on plates of orange slices brought out to the garden during playtime. 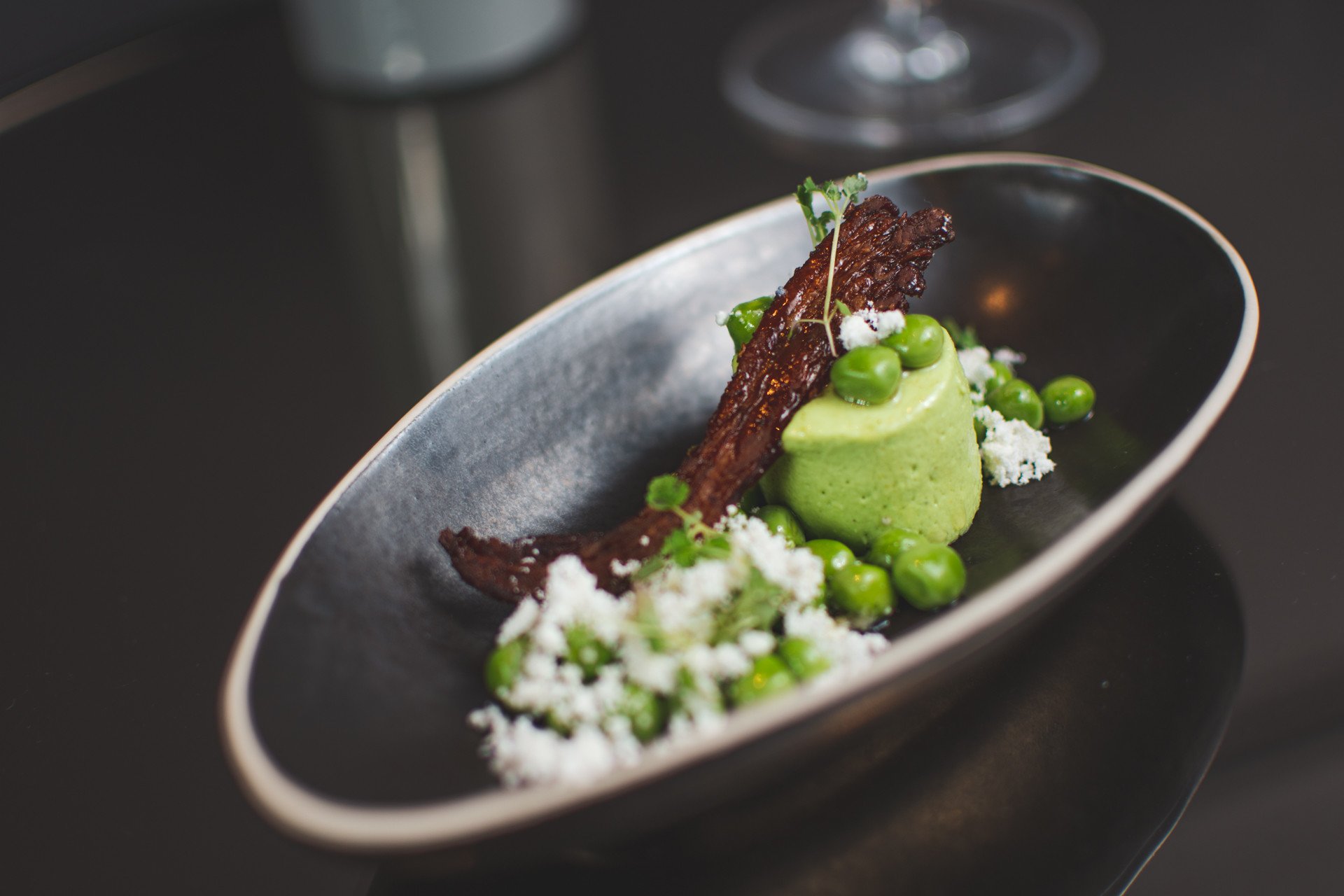 With August being the month that we celebrate our first birthday, we’re also being nostalgic about the past year. We’re also taking a couple of weeks off to give our team some much-needed R&R time, so the restaurant will be closed from Monday 6th, reopening on Thursday 23rd.

As a way of marking the occasion, we’ve written a “Best Of” menu that revisits some of our favourite dishes so far, going all the way back to our beginnings. We did something similar in March as a one-off All Stars night, but a big occasion calls for a big gesture, so we’ll be offering the menu all throughout August.

Full details of the menu will be released shortly, but bookings are open now, and can be reserved via Tock

We’re also currently working hard behind the scenes on some other special additions to our Summertime calendar, working with some very exciting people – to be the first to hear about them, sign up to our Priority List here.

Sorry, the comment form is closed at this time.

This website uses cookies to improve your experience while you navigate through the website. Out of these, the cookies that are categorized as necessary are stored on your browser as they are essential for the working of basic functionalities of the website. We also use third-party cookies that help us analyze and understand how you use this website. These cookies will be stored in your browser only with your consent. You also have the option to opt-out of these cookies. But opting out of some of these cookies may affect your browsing experience.
Necessary Always Enabled

Any cookies that may not be particularly necessary for the website to function and is used specifically to collect user personal data via analytics, ads, other embedded contents are termed as non-necessary cookies. It is mandatory to procure user consent prior to running these cookies on your website.