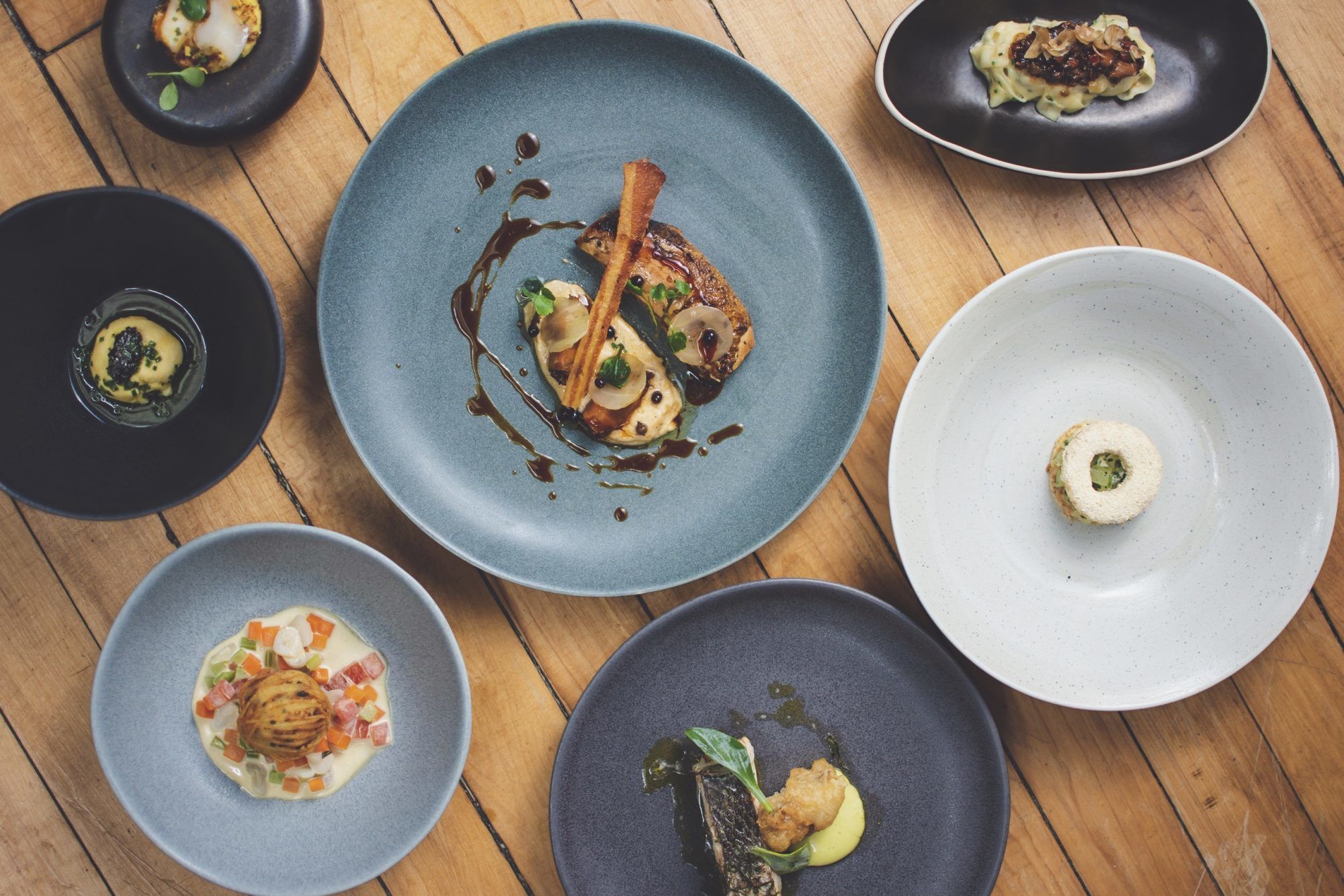 Posted at 13:06h in Uncategorized by johnpev 0 Comments
0 Likes
Share

“I’ve never been so happy as in these past few days” says Liz, “heartened by the all of the hints that Autumn is on its way”

This year’s British Summertime has been an amazing one, giving us some incredible produce and helping us create some unforgettable memories, but all good things must come to an end. Luckily there’s plenty of food to help ease us through the transition into the Winter – the colder weather giving us the opportunity to enjoy richer, more comforting food and flavours. 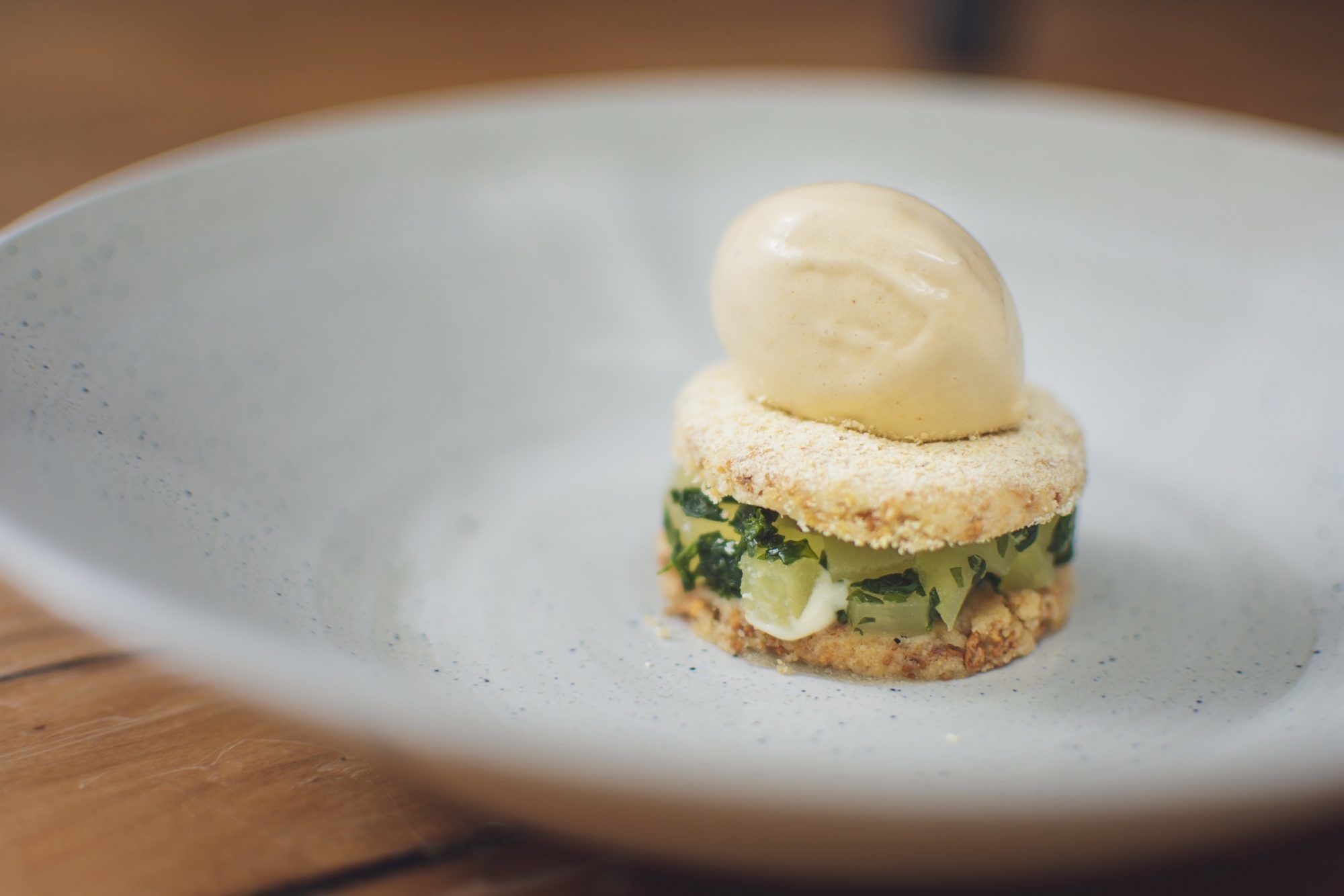 Like the month itself, September’s menu features some fond nods to the leftovers of Summer among the first signs of Autumn and Winter. Celeriac marks the first appearance of Autumnal root veg on the menu, lending its unique and distinctive flavour to a buttery, sweet-salty shortbread. We’re not in the throes of Winter yet, though, so it’s also made into an ice cream, and combined with a burst of freshness from late-harvest green apple and elderflower chutney. 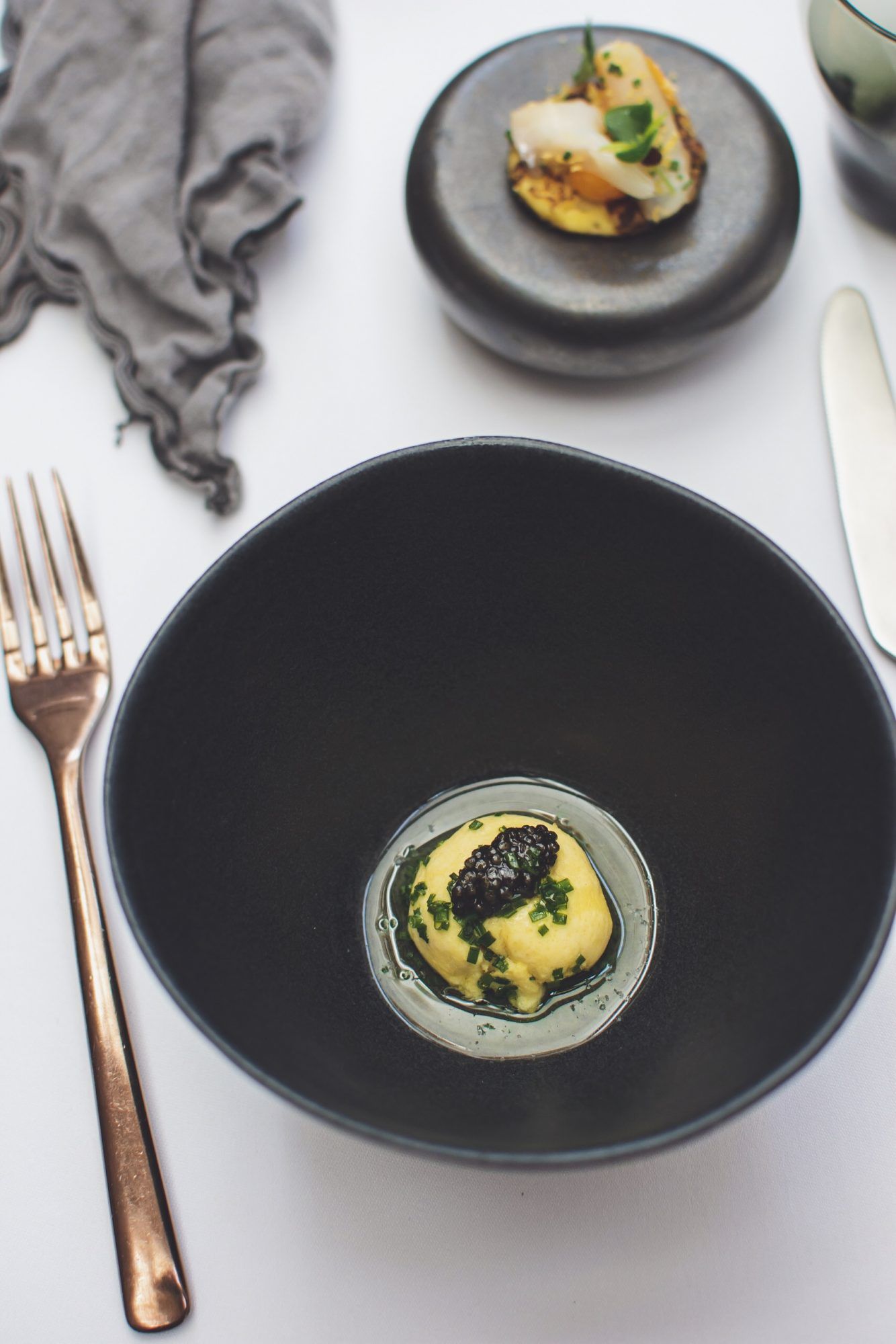 The menu starts off with pork cheek, which is slow-cooked and served along with sweet leek, as well as a pork bone and cheese broth that has all the richness and intensity of a warming winter stew, while being consommé-light.

That rich/light juxtaposition also features in Omelette Arnold Bennet. Not strictly an Autumnal dish, but the technique of infusing flavour into the omelette batter before cooking allows us to impart that distinctive flavour of smoked haddock into the creamy, moussey omelette.

It’s our way of presenting all of the flavours of a hearty chowder, but in a more refined, elegant way. Sunday Lunch – which calls for more rustic heartiness – features a more traditional chowder, along with a crispy parcel of smoked haddock as the centrepiece. 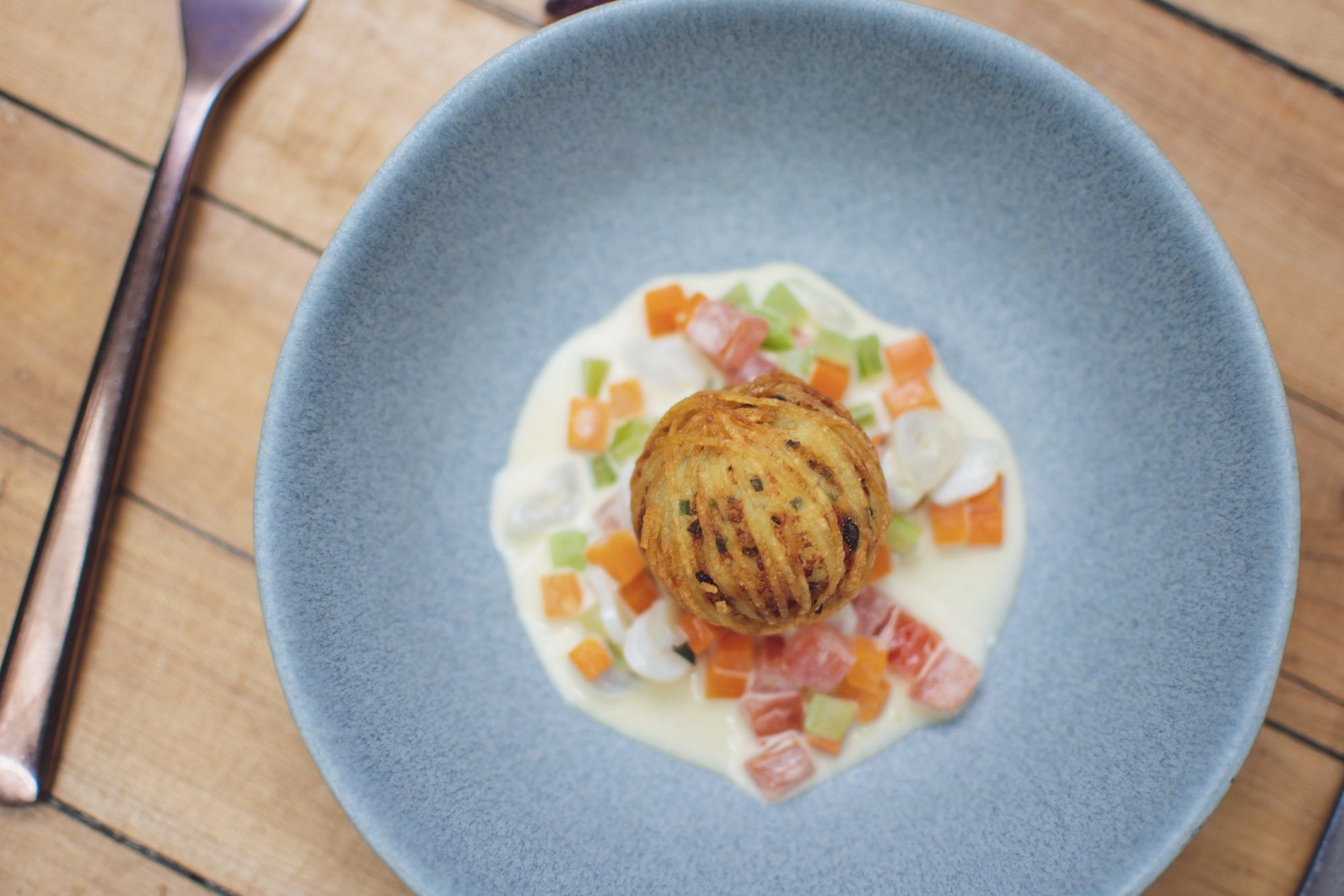 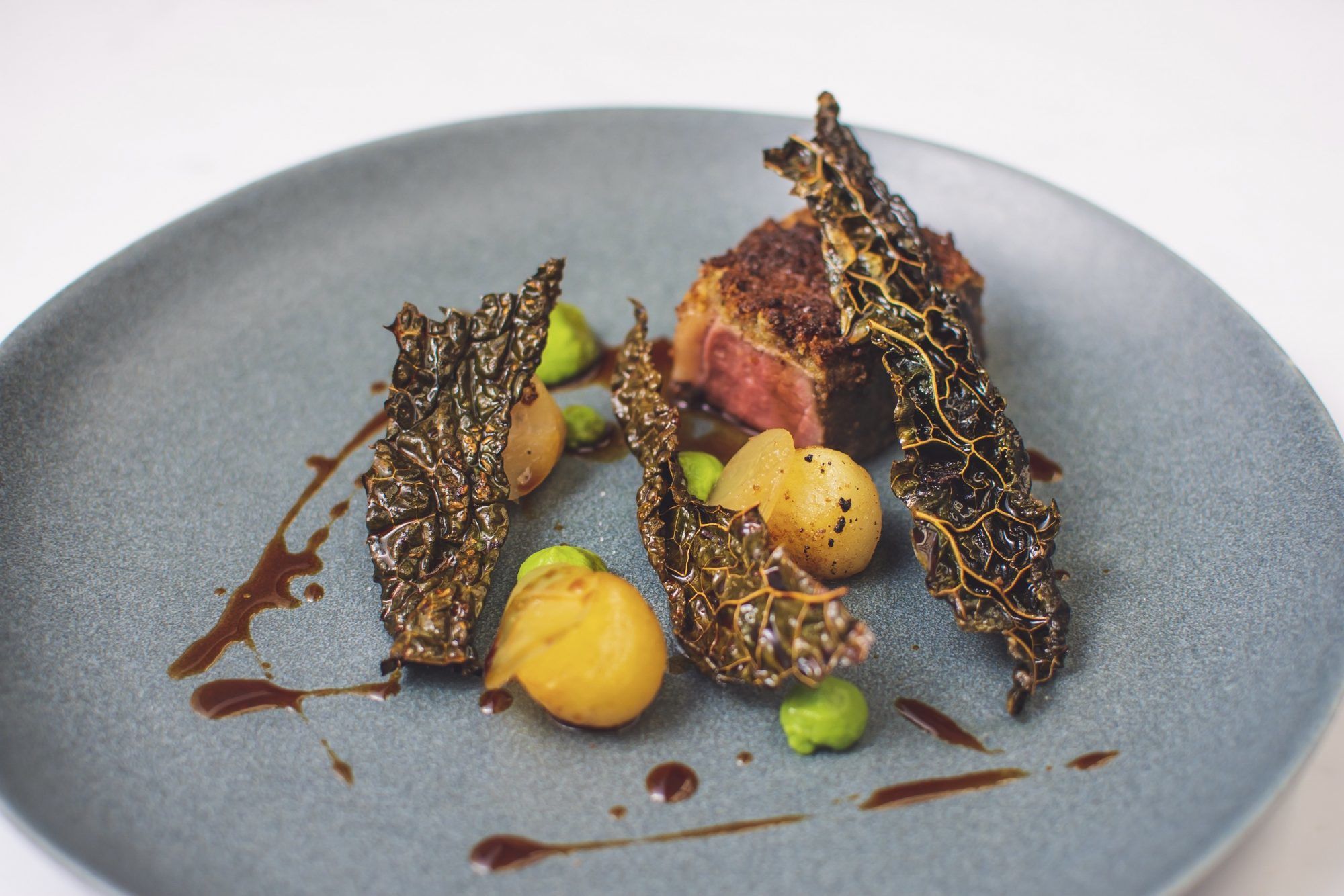 Speaking of Sundays, after months of menus inspired by picnics and barbecues and seasonal Sunday dining, we’re coming back to home comforts this month – is there anything more classic than roast rump cap of beef in a bone marrow crumb, beef-dripping roast potatoes, greens, and gravy? Aged Ox makes its way onto the main menu as well, with earthly wild mushrooms and a funky, fermented black garlic recreating the sensation and atmosphere of a dewy woodland walk in Barbour jackets and Hunter wellies, all in our familiar, relaxed dining room. 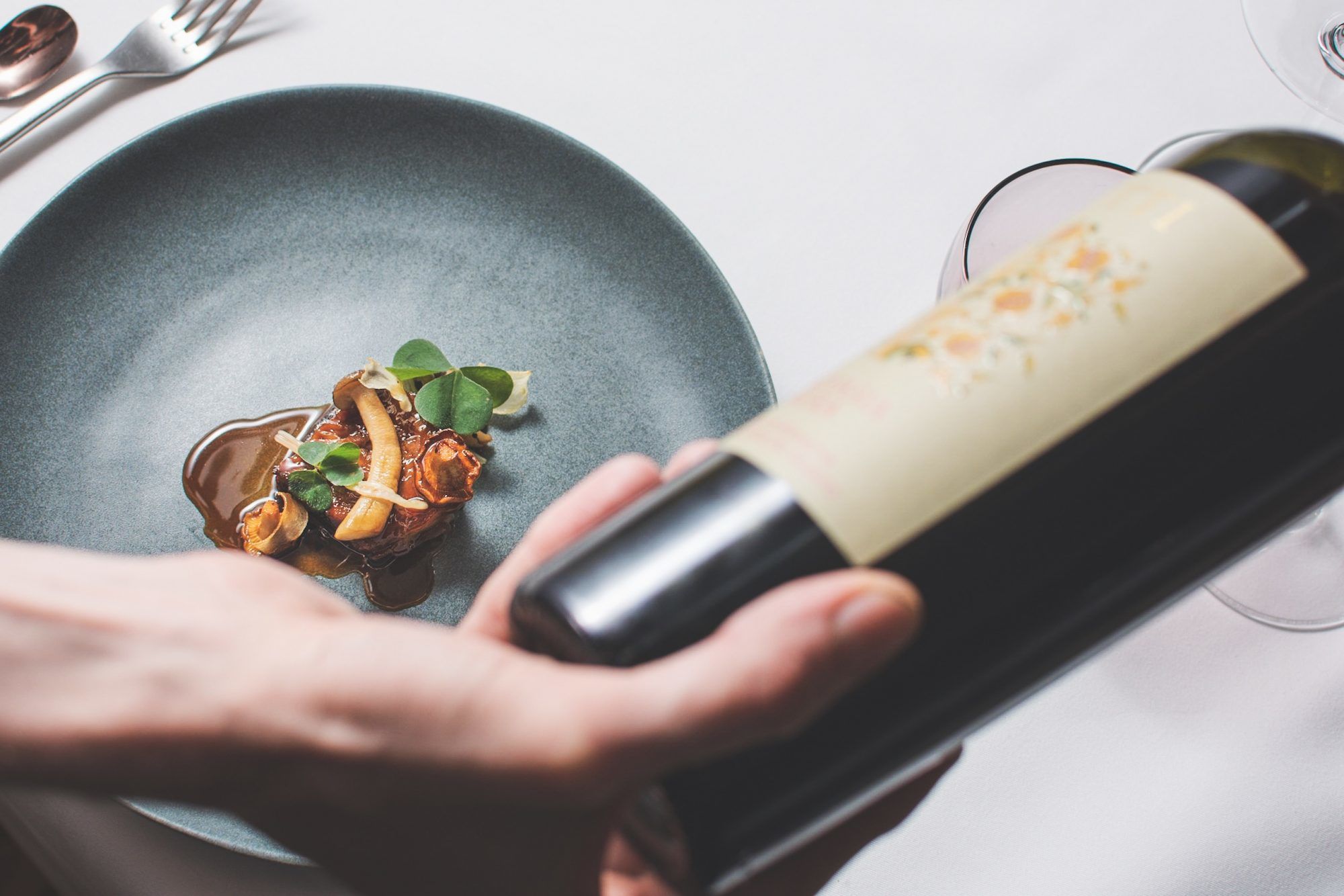 Similarly, this month’s pre-dessert, Bramble Cheesecake with baked cream cheese and the freshest blackberries requires no explanation – simply the season on a plate.

Onto September’s main event: Guinea Fowl season has begun, and we’re wasting no time in serving this often overlooked British game bird. Its gamey qualities are much less assertive than the likes of grouse or pheasant, meaning it plays nicely with other, more subtle flavours. 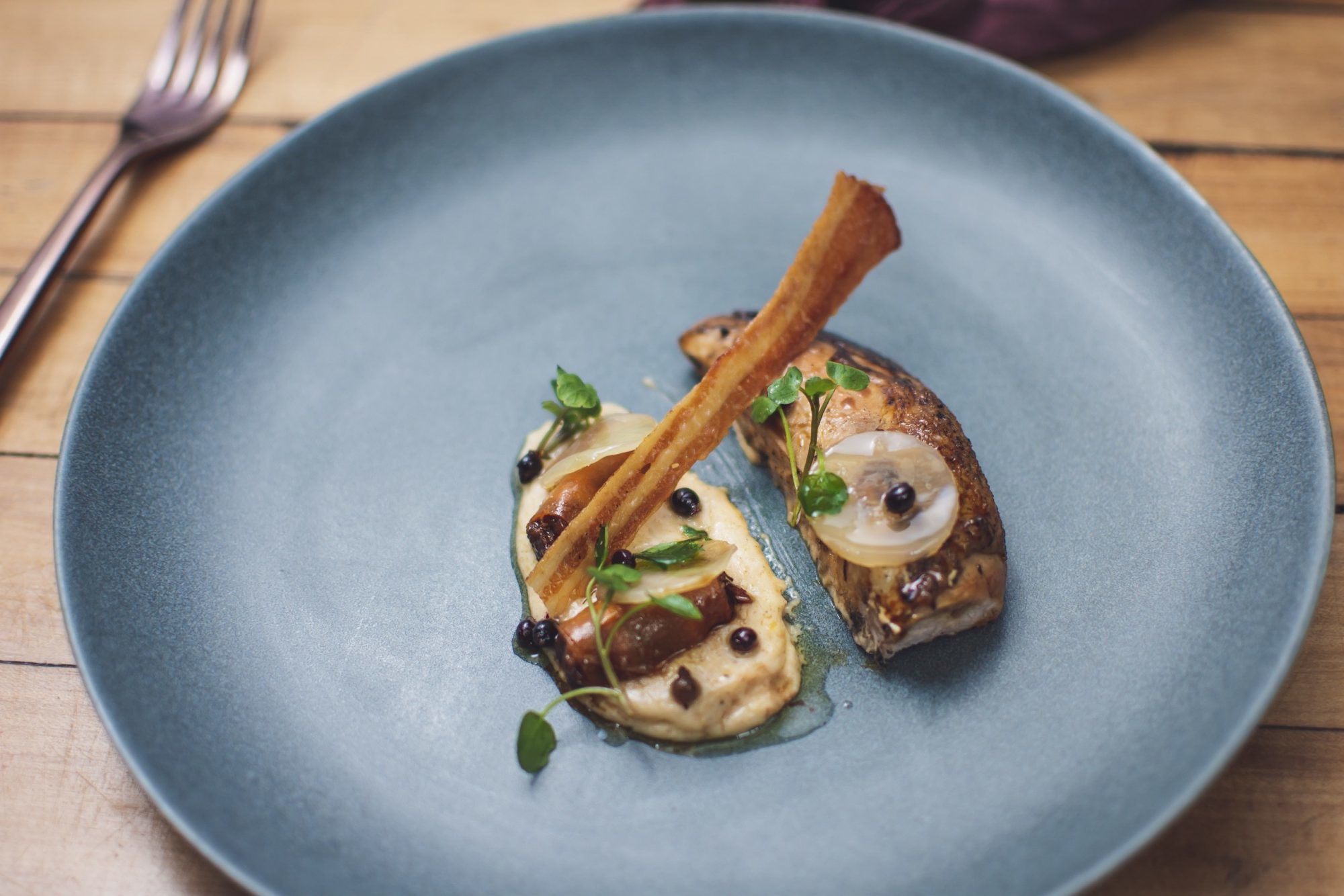 Here it’s served with a herbal, liquoricey elderberry and a spiced, brioche version of bread sauce – a classic Wintery sauce to prepare us for the colder months ahead…

We’ve left a few surprises up our sleeve for now, but you can see the full menus for September over on our menus section. See Tock for September’s availability and to book throughout the month.

Sorry, the comment form is closed at this time.

This website uses cookies to improve your experience while you navigate through the website. Out of these, the cookies that are categorized as necessary are stored on your browser as they are essential for the working of basic functionalities of the website. We also use third-party cookies that help us analyze and understand how you use this website. These cookies will be stored in your browser only with your consent. You also have the option to opt-out of these cookies. But opting out of some of these cookies may affect your browsing experience.
Necessary Always Enabled

Any cookies that may not be particularly necessary for the website to function and is used specifically to collect user personal data via analytics, ads, other embedded contents are termed as non-necessary cookies. It is mandatory to procure user consent prior to running these cookies on your website.