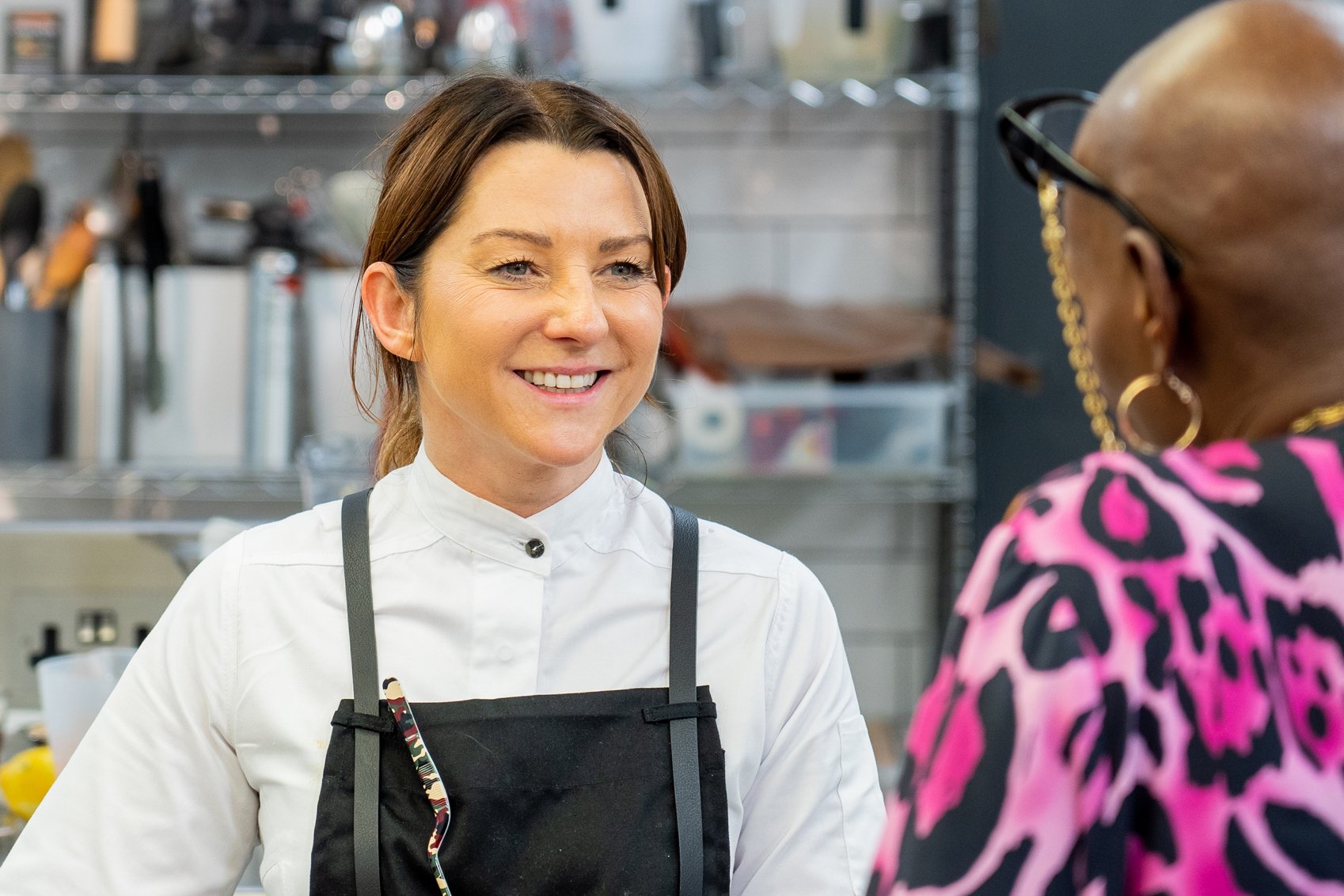 Did you catch Elizabeth Cottam on Great British Menu?

Elizabeth will be representing the North East & Yorkshire on the show which is being presented by Andi Oliver with a new judging line-up of: Michelin starred, Tom Kerridge; Restaurateur Nisha Katona, and Comedian and Food Podcast Presenter Ed Gamble. The theme for this year’s show is ‘celebrating 100 years of British Broadcasting’ which Liz will reflect in her dishes.

With an incredible busy couple of years with the opening of The Owl, CORA and relocation of HOME to a massive home move and restoration project for Liz, she is one of the busiest chefs in the country.

I’m so, so excited to be representing Yorkshire/NE in this series. The brief is easily one of the best they’ve ever done – celebrating 100 years of British Broadcasting. With so many iconic shows set and created in our region I had loads of inspiration. The ones that I eventually chose all have some special significance to me. It was a really engaging and emotional process to establish a personal connection with a collection of TV moments that meant something to me and creatively bring that to life through food. What a brilliant opportunity to be able to do this! Having only become a pro chef in the last few years, it was a real honour to be invited on. What an experience to be a part of!?”

This website uses cookies to improve your experience while you navigate through the website. Out of these, the cookies that are categorized as necessary are stored on your browser as they are essential for the working of basic functionalities of the website. We also use third-party cookies that help us analyze and understand how you use this website. These cookies will be stored in your browser only with your consent. You also have the option to opt-out of these cookies. But opting out of some of these cookies may affect your browsing experience.
Necessary Always Enabled
Necessary cookies are absolutely essential for the website to function properly. This category only includes cookies that ensures basic functionalities and security features of the website. These cookies do not store any personal information.
Non-necessary
Any cookies that may not be particularly necessary for the website to function and is used specifically to collect user personal data via analytics, ads, other embedded contents are termed as non-necessary cookies. It is mandatory to procure user consent prior to running these cookies on your website.
SAVE & ACCEPT